Yesterday she asked me if we could now build the magical electric instrument together. The one we discussed in Lesson 65. I said yes.

So we started by recapping on our previous work with electricity. She struggled with terms (voltage etc) but with some help, she was quickly able to construct a circuit that will light up a led with 3.3 volts from the Arduino. And she remembered that you cannot use 5 volts for that.

Soon we were about to start connecting the speaker element to the board. Whoa! One of the wires soldered to the speaker had gone missing. We concluded that we're gonna have to solder it back. Now this speaker element is heavy-duty and has a magnet so powerful that when it gets stuck to a piece of metal, she can barely drag it free with all her might. Now imagine using a soldering iron on that. It'll do its best to draw the burning-hot iron to the speaker element. So we decided I'll do the soldering but she'll get to practice soldering after that. She helped me by keeping the wire in place with her steady little hands while I applied solder. 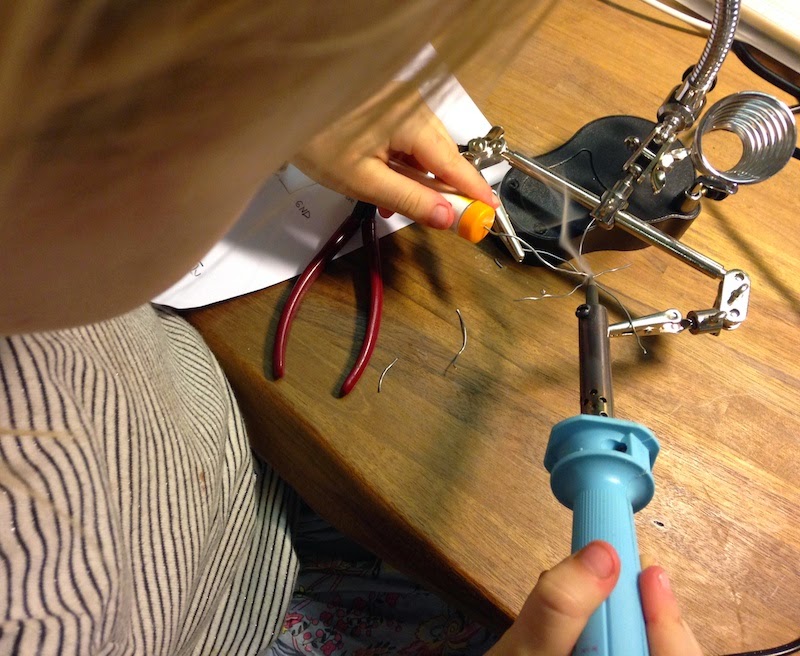 After fixing the speaker I let her do some free practice with the soldering iron, under my supervision, of course. She started by almost burning the power line of the soldering iron. After I showed her the burn-marks on the plastic cover, she took good care not to repeat that mistake again. Here are some of here works. 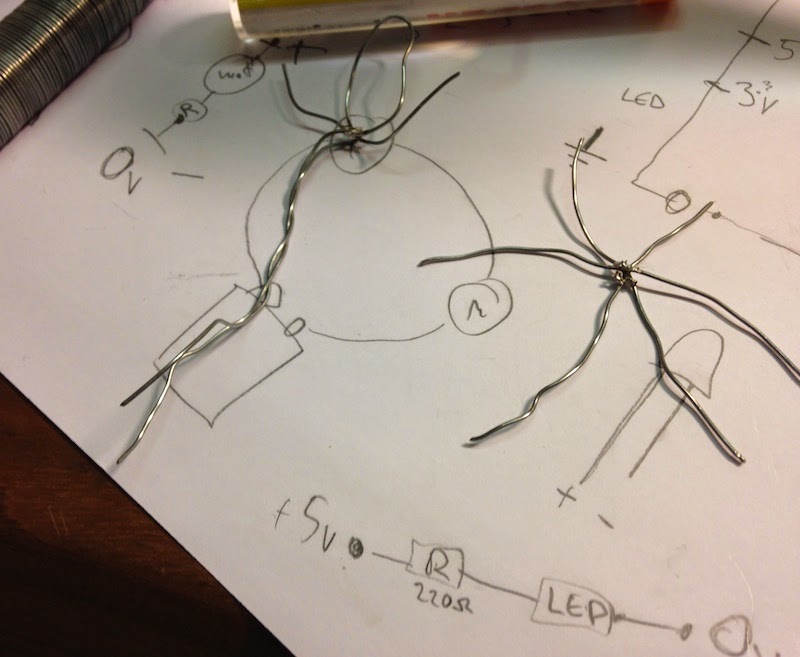 A stickman and a star that is. She wanted to keep on soldering but it was almost bedtime so we had to stop for now. Was fun! I think need a better soldering iron though. Mine's a 5 dollar one from the Internet.