What about an educational board game for learning programming? I haven't heard about anything else than Robot Turtles which I still haven't ordered because of the high shipping fees. Silly me.

We made our own today. I mean, made the first prototype. The idea had been growing in my head for a few days.

Not going to go to details but the key thing is that you'll be programming a simple computer with assembly language. Programming instructions are given using Code Cards, each of which does a simple thing like reading a value from memory to a register or writing a value to "standard output". Of course, you'll have flow control cards like IF and JUMP. The players together will simulate the computer that runs these instructions.

I did my best to come up with a simple instruction set, some game rules and a "garden" theme, to make it less scary. Replace binary numbers with fruit and the computer memory by a garden. Represent a minimal instruction set as drawn symbols and the program and memory pointers with a robot and a gardener. I tasked my little girl to draw some of the graphics of course. 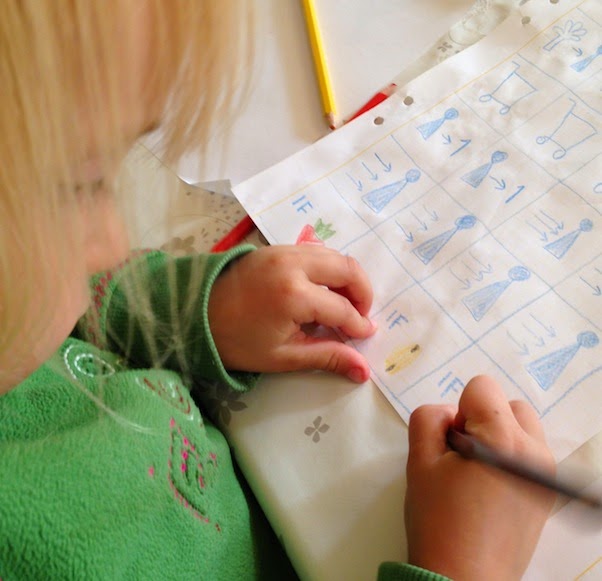 We had a nice hour or so drawing, cutting and gluing things together while discussing games and computers. In the end, we had 2 board games. Mine/ours and hers. We played both. Her's was better, partially because it was the classic Memory game with a twist: instead of two pictures, you have to connect a picture and a starting letter. Nice for teaching the alphabet for the younger girl! In fact, even the 2-year old had fun playing it.

So here's her game. 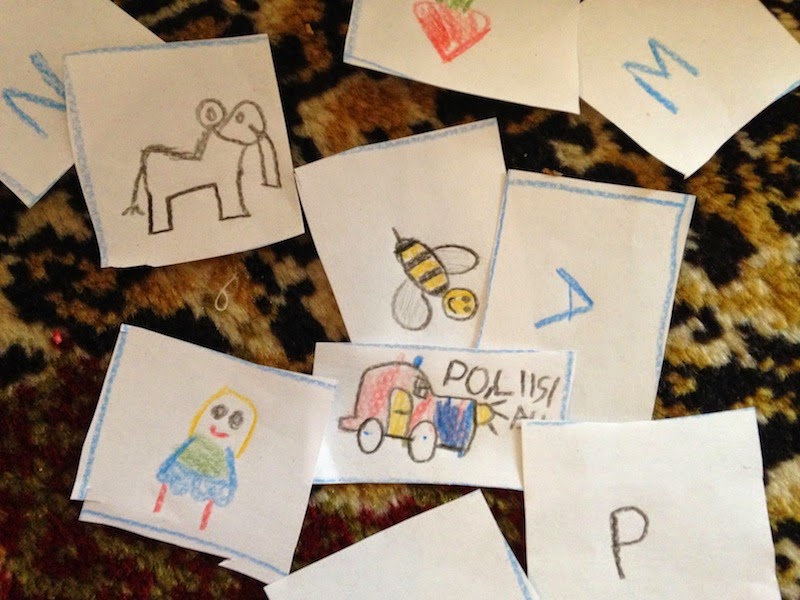 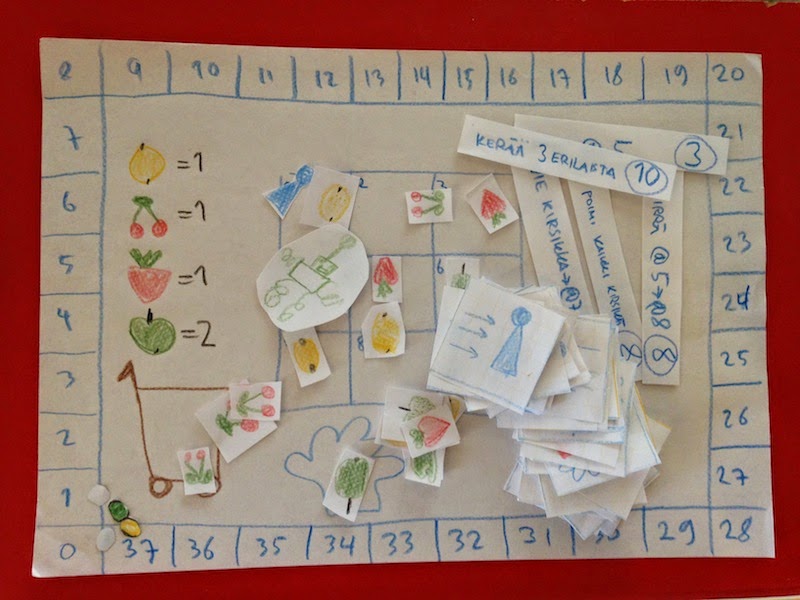 What worked well was that it was fun to simulate the computer using the Code Cards and a pointer. What didn't work so well were my game rules. You've got to appreciate actual game designers. There's a long way from a nice idea to a well balanced, enjoyable board game.

I'm not saying it wasn't fun though! And I think the main concept is valid, it just needs some more game design. Good times!
Posted by Juha Paananen at 1:12 PM