Today we were going to recap on geometry. She was busy building animals from some kinda semi-eatable stuff I don't know the name of in any language, so we agreed to start when she was done. Then she started to play with a small battery-operated cooling fan she had tricked me to buy earlier today. I asked her if she wanted to know how the thing works. Guess what.

We started discussing batteries and motors and drew a schematic of the thing. Two batteries and a motor connected as a closed electric circuit. I happened to have a battery and a motor nearby so we tried what happens when you connect them. Rotation! But that wasn't quite convincing yet, so we made a fan out of cardboard. We punched a hole trough it and she connected it to the motor. You can imagine how happy she was when the fan actually worked! 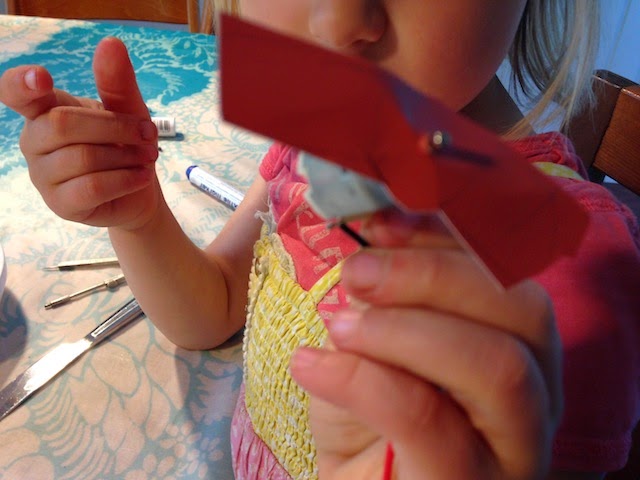 Then I asked what's missing in the picture. And why isn't the fan rotating all the time. And she told me the button was missing from the circuit. Well, I happened to have a Fritzing Creator Kit I got from Reaktor at hand (I was planning to start electronic experiments with her and the Arduino much later...) so we constucted a thingie with a button. 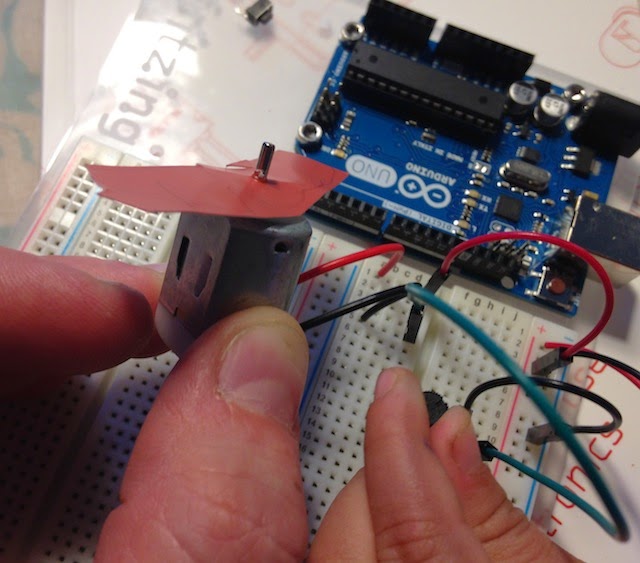 Well, actually a potentiometer. The Arduino board in the picture is not really in use. Just the motor-fan, the potentiometer and the battery. Use the Fritzing kit we were able to connect the thing into a 9 volt battery with fixed wiring. And with the 9V battery the fan was FIERCE. Fortunately the potentiometer let us somewhat tame it. But there was a lot of room for improvement. She wanted a button. I wanted a stabile base for the motor so that no-one would get hurt. We got both.

We used a match box and some playdough to construct a stable "fanbase" for the motor and included a push button into the circuit. And our adjustable 9V push-button fan totally kicked the ass of the lame green 3V fan from the shop (you can see part of it in the photo).

While we were hacking, I was also making some whipped cranberry porridge (I have no idea what you call it in English, we call it vispipuuro). The final phase of the recipe is mixing with a handheld mixer. Like this. 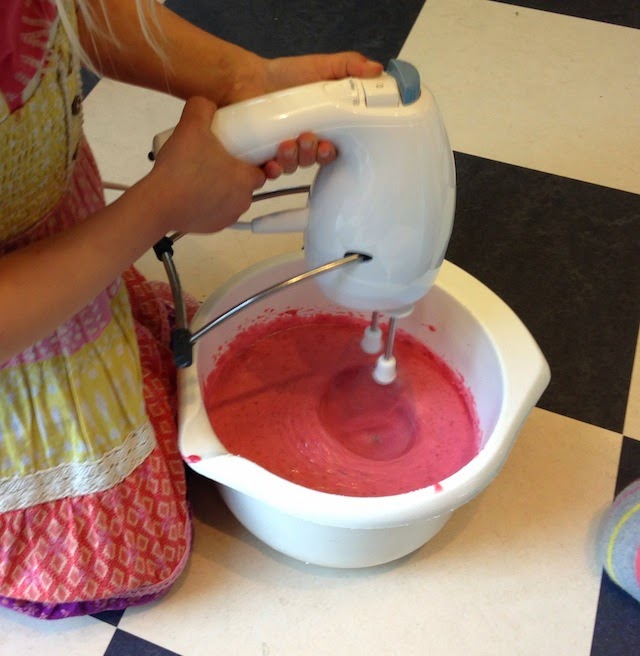 She was really exited to discover that the mixer has the same main parts as our fan: a motor and a switch. She beamed when she told me that it has a power adjustment controller too, just like our potentiometer. Later tonight she pondered whether a vacuum cleaner has the same internal structure. And the electric toothbrush! So many electric devices that have the same simple architecture! 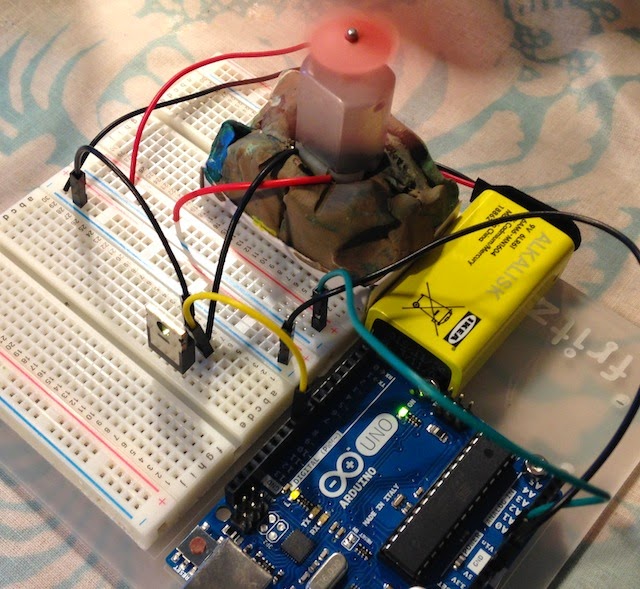 While she was eating, I rewired our concoction into the Arduino board. With minimal programming and some wiring, we got ourselves an automatic fan apparatus that changed rotation speed periodically. Everyone was fascinated and she wanted to start re-coding it so that it would play Twinkle Twinkle Little Star with the motor. In fact, that might be our next task.

Yesterday when hacking with the Arduino myself I had doubts whether electronics hacking would be interesting for a 5 year old girl. No more!

EDIT: It was lingoberry, not cranberry :)
Posted by Juha Paananen at 12:50 PM