Today we started working on a new game, the name of which will be "Karkuun", which means something like "Run".

It started with a discussion on touch typing (among adults) and how you could learn it. I came up with an idea of a simple game where you have a string of random characters that you have to type before a monster eats them. Then I reduced the idea to a chasing game with two characters where the game state can be represented by two numbers.

So I asked my daughter if she wanted to start working on a game and she was all in. She's currently drawing and cutting the game characters from paper. We're gonna scan them soon.

Here's our game design on paper (in Finnish though). 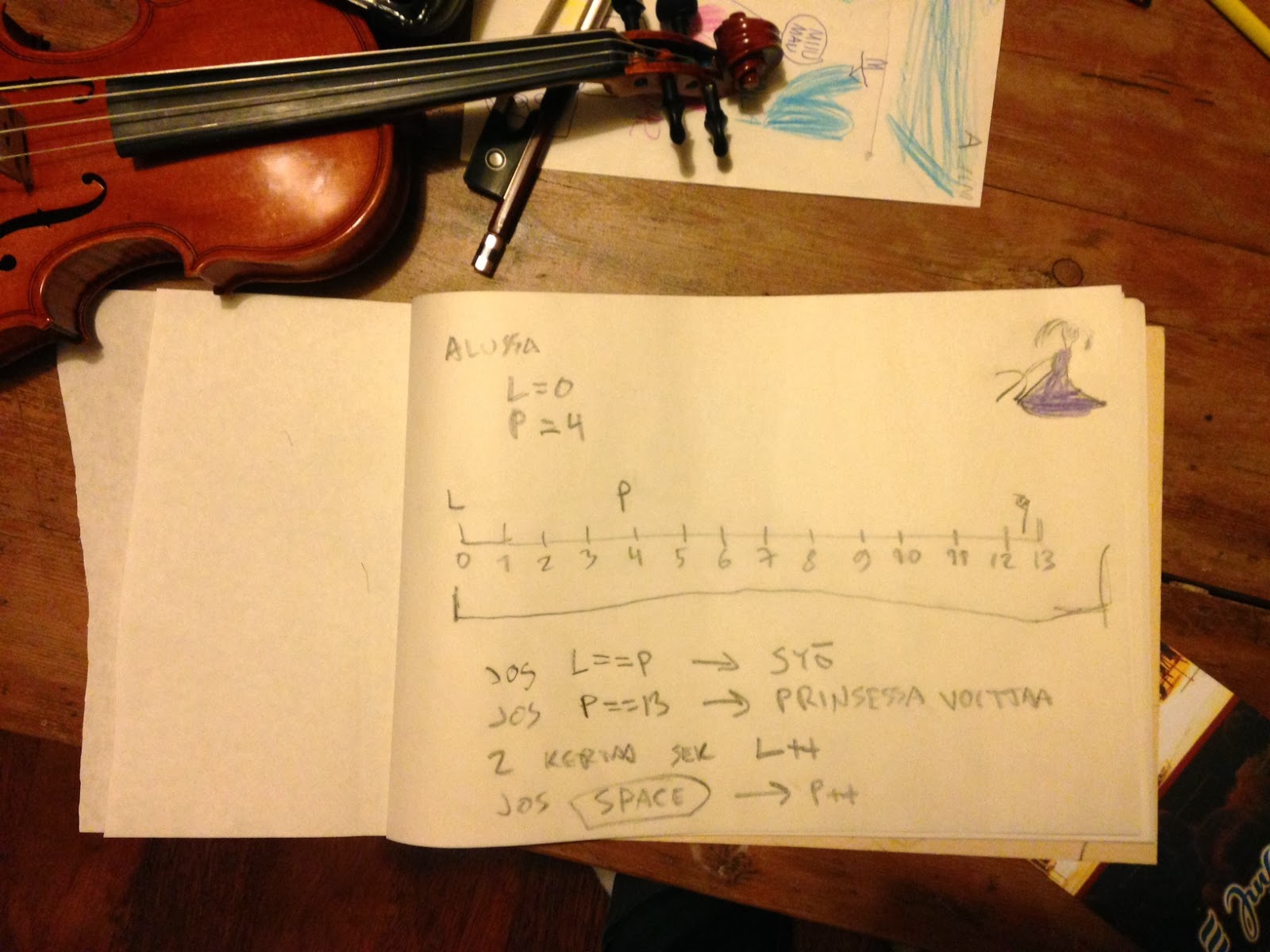 I started by drawing a number line starting from 0 and ending at 13. Then I suggested that the game is about you being chased by a monster. She dissed that. So the idea is that a Princess if being chased by a Lion. I put the characters P and L on the number line at positions 4 and 0 respectively. Then we concluded together that

We also agreed that

And finally that, in the beginning

This indeed is all we need and the rest is a fairly simple translation from human language to computer language.

Now I have to convince her that it's best to start with a text user interface and add the graphics later. Because that will be the hard part. But let's start by scanning the paper figures first. Wish me luck with this one!
Posted by Juha Paananen at 7:10 AM